In Normandy in France, they have recently completed a new road. Now, this may be one of the most expensive roads that have ever been built. At the same time, it might be one of the biggest developments in road building that has occurred with a completely new concept of road surface coating.

It may be only a short stretch of road, but there is something very unusual about this road and the materials that have been used for its construction.

The innovations of colas

Colas is a French company that has been looking at the use of photovoltaic cells on roadways. The first constructions they undertook were in carparks, which gave them the chance to identify if the cells were going to work effectively on roadways in more controlled conditions. But they have decided to take the testing of their approach to a new level. By using the cells as the road surface coating of a busy roadway, they are going to be able to find out if their technology can withstand the pressure of the wheels of regular traffic, including trucks travelling at speed. This two-year trial will provide substantial insight into the effectiveness of the technology, the associated maintenance issues, and its capacity to offer long-term energy supplies.

The solar cells being used are a French innovation and they are only a few millimetres thick. They have been developed so that they are able to handle heavy traffic, provide suitable levels of grip and will be able to stretch or contract enough to adapt to movement of the road because of changing temperatures. The method of construction is relatively simple and they are able to be laid as a road surface coating on top of roads that are already constructed. There has been one lane of a roadway for one kilometre covered in the panels. The cost for the installation has been calculated at €5 million. The amount of electricity that is going to be generated is relatively small, estimated at 280 megawatts per year. An average house in the USA uses over 10 megawatts each year, so with that level of investment required, it is clearly not going to be a financially viable proposition.

However, the French Government has indicated that if this current roadway project is shown to be successful, then they would like to install another 1000 kilometres of solar roads in the next four years. Even with this amount of solar roadways, it will potentially only be covering the public lighting energy needs of 5 million people.

Europe and the usa

An earlier project was a cycleway with solar panels in Holland that has been able to generate more power than it was estimated, so there may be some hope for the French project to meet its energy generation targets. There is a project in France where the cells will be installed on a concrete road base and they will be used to power toll gates. Another project in Germany has been funded where the photovoltaic cells will be installed in footpaths. In the US, an Idaho based company has received government funding to undertake further research into the viability of solar roads and they have received interest from 50 states in their product. There is clearly a lot of interest in the concept of solar roads, it is simply a matter of making them a viable proposition.

There is a whole range of factors that will need to be taken into consideration. The first will be the effectiveness and efficiency of the panels. They are not like rooftop solar panels that are able to be directed to catch maximum amounts of sunshine; they are going to be covered when vehicles drive over them, they are going to be covered by mud and dust, and they could be scratched or damaged by debris. It certainly is a forward-looking proposal and it has generated a lot of interest worldwide. 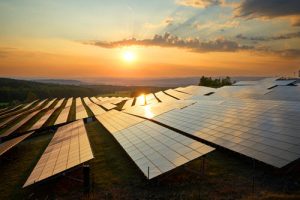 In many ways, the solar energy market is going through a transition. There is the need to look at how to most effectively utilise solar power and to combine it with other methods of electricity generation methods, in an electricity grid that is able to be flexible enough to ensure efficient energy distribution. There are many people within the energy industry who believe that solar is going to be the major provider of energy going into the future.

Unfortunately, it appears that governments may not be looking at the potential for development if the solar industry with new taxes being introduced that impact on renewable energy. There may be some question about the influence of the fossil fuel industry in some of these decisions. There are also more propositions being made for the introduction of coal-fuelled power stations with a technology that has been named as “clean coal” that still produces large amounts of carbon dioxide and other contaminants, while not being very efficient at generating power.

There is an opportunity to look at alternative ways to take advantage of solar energy and the interest shown in solar roads has been substantial. There clearly is an appetite for solar energy and given the large amount of road surface that is available there is plenty of opportunity for development.

Another factor is the changing of how motor vehicles are powered. Many people have recognised that there is a cost to using heavy vehicles with large petrol burning engines. The introduction of hybrid cars was very effective, and the development of electric powered vehicles has been substantial. Major motor manufacturers have invested heavily in the development of electric powered vehicles that will be able to appeal to a broader market. The opportunity to plug in and power up these vehicles will become a much bigger consideration in the next 15 years. There is clearly an opportunity for more effective approaches to the generation and the distribution of energy.

There has not yet been much development in solar roads in Australia and it does not appear that the Australian Government has made an investment in the development of technology in this area. However, there have been a number of innovative and successful solar projects in Australia that have been introduced by overseas companies. It seems very likely that we will be seeing the introduction of the solar roads concept through private companies, without Government assistance in the near future, although the financial viability will limit its use. There is certainly an opportunity to take advantage of solar energy in Australia and in the next 20 years, the cost of energy production in this sector will continue to drop as technology continues to develop.

Want to know how solar panels can benefit both your business and the environment, or want to utilise our road line marking services? Contact Mainliner on (03) 9308 2732 today.